In the second of three programs exploring the prehistory of Greater Yellowstone, Dr. Bob Carson discusses The Ultimate Geologic Coincidence. Co-sponsored by the Buffalo Bill Center of the West’s Draper Natural History Museum and the Greater Yellowstone Coalition, the free talk takes place June 15 at 6:15 p.m. in the Center of the West’s Coe Auditorium. The presentation is followed by a reception of light hors d’oeuvres with a cash bar.

In his talk, Carson discusses the rocks, fossils, landforms, and other geologic highlights of an area that includes Yellowstone National Park, the Bighorn Basin, the Clark’s Fork Valley, and the Absaroka and Beartooth Mountains. The region’s fascinating geology includes rocks of nearly every geologic period and of various types—plutonic, volcanic, metamorphic, and sedimentary—and contains fossils from several periods as well. Carson asks, “Does anywhere else on Earth have such great geologic variety in such a small area?” 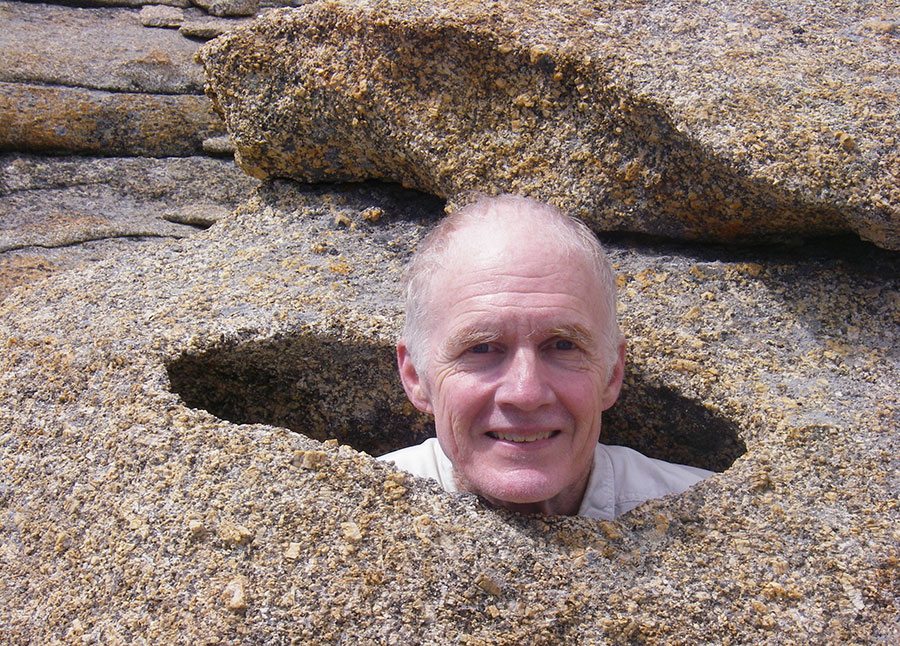 Born and raised in Virginia with summers spent in northern New England, Carson’s adventures in mountaineering, whitewater boating, and spelunking sparked an early interest in geology. He studied the subject at Cornell University, and then earned a Master of Science degree at Tulane University. His doctoral research at the University of Washington led to work with the Washington Department of Ecology and the Washington Division of Geology and Earth Resources.

Carson has taught at North Carolina State University, the University of Oregon, and since 1975 at Whitman College in Walla Walla, Washington, where he is now the Phillips Professor of Geology and Environmental Studies. Carson considers himself a Quaternary geologist, and is particularly interested in the study of resources, pollution, forests, and the oceans.

Carson has taught on the Semester-At-Sea program twice, and has directed foreign study programs in England and Spain. He currently does research in Washington, northeastern Oregon, northwestern Wyoming, and Mongolia. His books include Hiking Guide to Washington Geology, Where the Great River Bends, and East of Yellowstone. Carson’s latest book, Many Waters, is about the natural history of the Walla Walla area, and is due out this year.

Learn more about the Buffalo Bill Center of the West at centerofthewest.org, and about the Greater Yellowstone Coalition at www.greateryellowstone.org.

Since 1917, the award-winning Buffalo Bill Center of the West in Cody, Wyoming, has devoted itself to sharing the story of the authentic American West. The Center is an affiliate of the Smithsonian Institution. For additional information, visit centerofthewest.org or the Center’s Facebook page.