Last time, we saw that guerilla action at the battles of Lexington and Concord forced the British military to take colonial resistance seriously. These famous battles set the standard in our collective historical memory. We remember the war as a display of American ingenuity triumphed over bull-headed British shows of force. But the Battles of Lexington and Concord represent the exception more than the rule. Clever ambushes only worked in specific instances. Neither were British linear tactics so ineffective. The story of American success actually saw the Continental Army learning to fight more like the redcoats. The British military had long ago discovered the possibilities and limits of the era’s flintlock muzzleloaders. Only by doing the same could American revolutionaries hope to challenge the world’s best military.

Click on the images on this page to open a larger version of each.

If you remember part one of this article, I said the musket hardly changed for two hundred years after its introduction. While that is true, it doesn’t tell the whole story. The bayonet revolutionized warfare with firearms. Representing the missing link between pikes and muskets, they enabled musketeers to completely replace pikemen. By the eighteenth century the socket bayonet eliminated the need to remove the bayonet to load and fire. Melee and ranged units merged. Pure polearm units disappeared as musketeers dominated the battlefield.

The unification of melee and ranged units into one allowed new tactical possibilities. While it might seem unwise for an army to march across an open field toward a hail of musketfire, it made perfect sense in the context of prior warfare. In this transitory period, as in war going back as far as classical Greece, battlefield success lay in forcing the other side to break and run. This required shock more than causing immense casualties. Now volleys of musketfire punctuated the march. Like a solid bayonet charge, these were meant to shock opponents into breaking.

The disciplined British Army never broke easily. It could withstand musket volleys to cross a field quickly. Its soldiers plunged savagely into the fray with bayonet, easily dispersing less disciplined foes. The American colonial militia of the early war fit very much into that category. Lexington and Concord largely succeeded because the colonials never allowed the British to get close. But they couldn’t hold them off forever.

Colonial forces had to overcome their ragtag-ness to face the Brits as equal combatants. Remember from part one, some militia men carried rifled muskets, some carried long fowlers, others carried leftover muskets from the Seven Years War. Guerilla tactics somewhat allowed for the odd variety of weapons, but ultimately only papered over the militia’s faults.

The variety in the militia’s arms prevented regular volleys. Disparate loading times between rifle, musket, and fowler—alongside the idiosyncrasies of personal weapons from different smiths—inevitably lead to breakdown in the firing order. When that happened, it rendered American militia units completely ineffective. If the British army could just pin the colonists in an open space, then closing the distance would be easy. Once in bayonet range the rebels were defenseless. Most of their weapons could not fit bayonets. If the British ever closed with them then American militia had to turn tail.

If there remain any questions as to the inadvisability of using rifles and attempting accurate fire in the American Revolution, the redcoats’ countertactic dispelled them. Taking advantage of rifles’ longer loading time, they simply charged across the field and attacked with bayonet. During the rifles’ reload, the charging British had a long window in which to reach the American lines. They didn’t allow riflemen time to fire twice.

Reform with the Continental Army

With approval from the Second Continental Congress, General George Washington formed the Continental Army. He knew from the start that an undisciplined militia force could never win a war against the British military. To that end he and the Congress took numerous measures to turn the army into a force able to perform linear tactics and maneuvers. From the start, the army began acquiring more firearms, and started to unify the type and style of the arms they carried. I discussed this quest for more muskets in this blog.

As Washington’s army standardized its arms, it also had to change the way soldiers used them. In 1778, the Continental Army welcomed Baron Friedrich von Steuben into its officer corps. He made it his duty to educate the army on proper military formation and discipline. He streamlined the British Manual of Arms in order to quickly re-educate colonists in their approach to firearms. This included loading and firing on command, which smoothed the execution of quick volleys. The American government adopted his version of the manual as the official American manual of arms after the war. A copy can be found in the McCracken Research Library.

Even before von Steuben arrived, volley tactics proved effective for Americans. The 1775 Battle of Bunker Hill saw Colonel John Stark and his militia unit from New Hampshire defending a vulnerable spot in the American defenses. His command included many crack-shot frontiersmen, but he knew the British skill for closing to bayonet range and breaking slow-firing units. He had to hold his men back.

Stark arranged his soldiers—all carrying muskets—into three ranks. Each was to wait for his order to fire. As the British approached, he called for them to fire in sequence: the first rank, then the second, then the third. While one rank fired, the other two worked on reloading. The firing rotation allowed his force to get off enough volleys quickly to stop the British dead. Stark knew that his men couldn’t keep the routine up forever, but they didn’t have to. He had eliminated the 15–30 second intervals that the British used to charge. The British attempted to return fire before eventually breaking and fleeing.

The war’s major battles saw American and British lines clashing head to head more often than not. At the 1778 Battle of Monmouth Courthouse, Washington’s forces fought those of British Lieutenant General Sir Henry Clinton to a standstill. Baron von Steuben’s training earlier that year had forced the soldiers to re-evaluate their understanding of muskets in war, and it showed. The Continental army had come far since Lexington and Concord. They still had space to grow before the Battle of Yorktown and eventual victory. Even so, this early embrace of muskets was essential. This meant that rather than prosecute a guerilla war, Americans had to beat the British military at its own tactical game. The firearms technology of the time permitted no other path to battlefield victory. 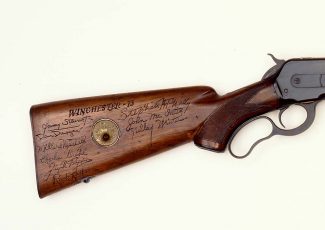 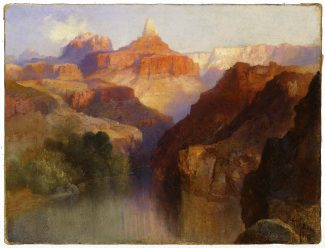