Dinner & Movie Night: A Night with the Rat Pack

Join the Buffalo Bill Center of the West on Saturday, January 25 for dinner and movie night! The evening features cocktails and hors d’oeuvres, with live piano music by Shaun Balch. Dinner follows and then the 1960 classic, Ocean’s 11. This original version of the film starred the “Rat Pack” of Frank Sinatra, Joey Bishop, Peter Lawford, Sammy Davis Jr., and Dean Martin.

Think back to that 1960s Las Vegas casino vibe and dress accordingly!

Tickets for A Night with the Rat Pack are $40 per person. Purchase yours online today! 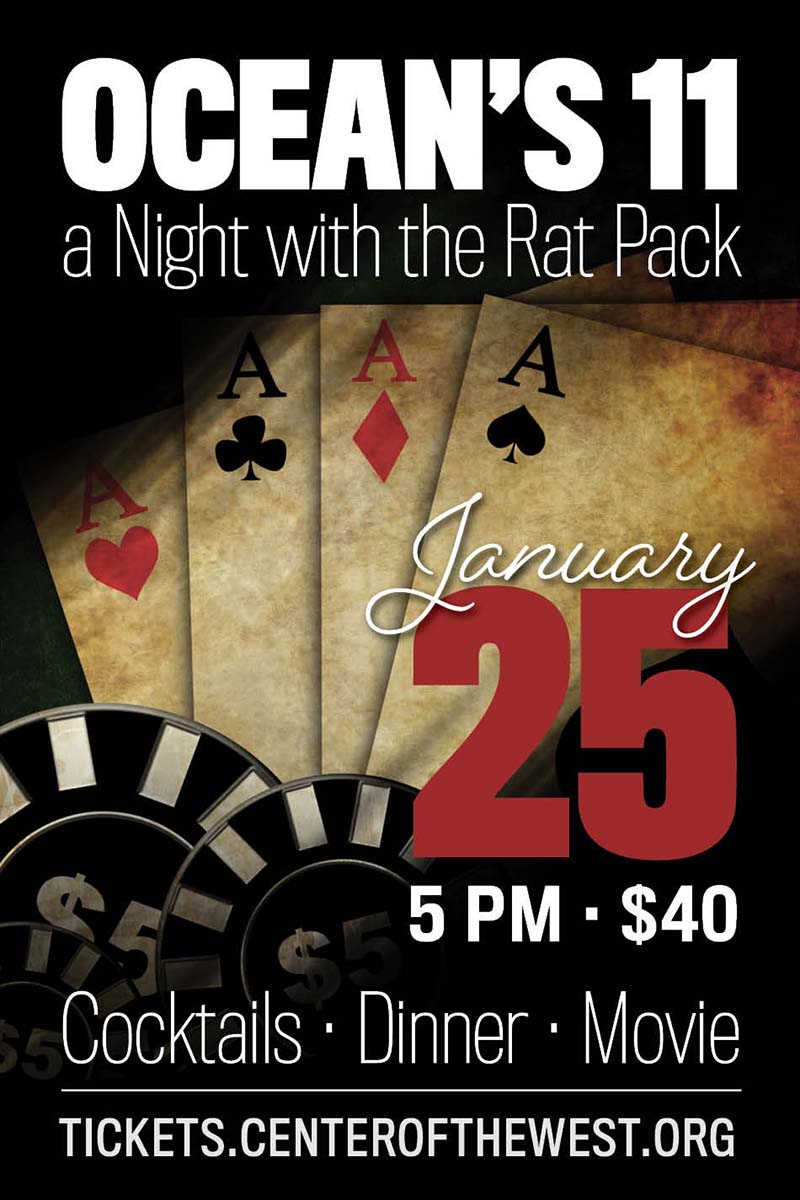 This 1960 gem of a film is the only movie that starred the entire group of actors known as “Rat Pack”—Frank Sinatra, Joey Bishop, Peter Lawford, Sammy Davis Jr., and Dean Martin. The film site IMDb describes the plot thus: Danny Ocean (Sinatra) gathers a group of his World War II compatriots to pull off the ultimate Las Vegas heist. Together the eleven friends plan to rob five Las Vegas casinos in one night.