Treasures from Our West: Indian and Pronghorn Antelope by Paul Manship

Originally featured in Points West magazine in Winter 2010 Depicting a hunting scene, Indian and Pronghorn Antelope by Paul Manship stands out from other works of the same subject. The 1914 bronze consists of two separate statuettes: a kneeling Indian who has just shot an arrow from the bow, and a pronghorn antelope. The animal […]

Treasures from Our West: Pronghorn antelope 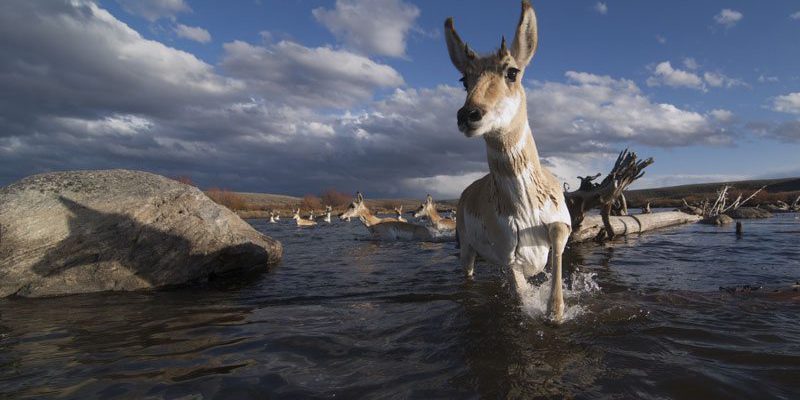 Past Exhibition: Pronghorn Passage Adventure – Conservation – Storytelling Each spring in late May about 300 pronghorn antelope arrive to their summer birthing grounds in Grand Teton National Park. The antelope travel 170 miles from their winter range in the Green River Basin to the south. This is the second longest recorded overland mammal migration in […] 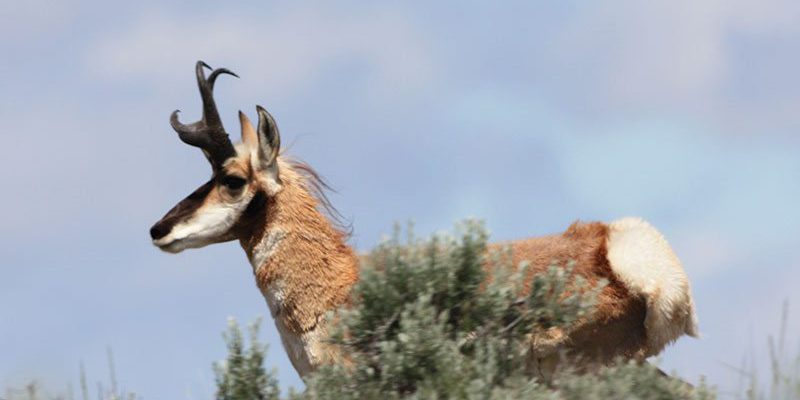 The Pronghorn: Follow a year in the life of North America’s fastest mammal at June 5 Lunchtime Expedition

The pronghorn of North America—often called “antelope” despite being unrelated to the true antelope of Africa and Asia—were built for speed. At the next Draper Natural History Museum Lunchtime Expedition at the Buffalo Bill Center of the West, Dr. John Byers discusses these amazing animals in the free lecture Speedsters Across the Floor of the […]

‘Pronghorn Passage’ tells of the pronghorn migration and conservation measures

Every year, about three hundred pronghorn antelope travel from summer range in Grand Teton National Park to winter range in Wyoming’s Green River Basin. This journey is the longest overland mammal migration in the continental United States. Pronghorn Passage, a special exhibition opening December 1 at the Buffalo Bill Center of the West in Cody, […]