The Buffalo Bill Center of the West offers a massive collection to interest audiences of all ages. After taking one look around any of the five galleries, visitors are often surprised that the objects the Center houses are in such good condition. But who keeps these objects looking so pristine? The Conservation Department works every […]

The One With The Tapestry

My first textile conservation project at the Center of the West was a sixteenth century European tapestry privately owned by one of the Conservation Internship Program’s most generous donors (she has funded a great many interns!). It is a big and beautiful work of art that had been waiting to go back home at the end of this […]

The one with the Internship

As a pre-program Conservation student one is required to have around 400 hours of hands-on experience under the supervision of a professional conservator. The beginning of this year I spent a good month or so just applying to internships around the country where I thought there would be a mutual benefit. I want to be […]

What is Art Conservation?

When I ask: What is art conservation, what do you think of? Merriam Webster defines conservation as “a careful preservation and protection of something.” Many people think of nature, water, and animals in association with this word. Why then, would a museum have a conservation department? Do they in some way conserve the environment? While […] 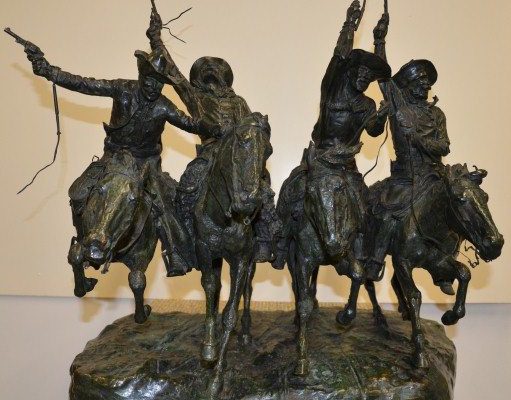 My name is Shelly Buffalo Calf and I am interning in the conservation lab at the Buffalo Bill Center of the West. Coming Through the Rye by Frederic Remington will soon be on its way to the Denver Art Museum. It was modeled in 1902 and cast in 1907. One of the interesting attributes of this […] 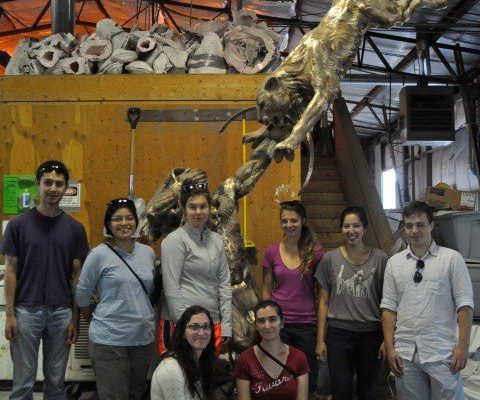 The Conservation lab of the Center of the West has hosted interns from amazing places.  This photograph shows 2013 conservation interns from various countries touring Caleco Foundry in Cody, Wyoming.               Benjamin Regal, Conservation Intern summer of 2013, is now project conservator for the Science Museum in London.  He is working on  a new […]