10 Years, 36,000 biscuits, and 2,000 lbs. of beans later Ron Reed is still bringing us the authentic Chuckwagon Experience! Walking up the steps of the Center of the West you might notice the bittersweet smell of a campfire. A lazy curl of smoke drifts into the afternoon sky. As you drove in you noticed […]

Originally published in Points West magazineFall 2005 Feeding Cowboys in the Days of the Open Range By B. Byron Price Excerpted from his book, The Chuckwagon Cookbook—Recipes from the Ranch and Range for Today’s Kitchen, Norman: University of Oklahoma Press, 2004. Prior to 1870, a few basic staples dominated the menu in all cow camps. […]

Chuck wagon cook exemplifies the Spirit of the American West

For the last six years, the smell of campfire has lured visitors over to the picturesque chuck wagon scene on the front lawn of the Buffalo Bill Center. When they get there, they are typically greeted by the smiling “cookie” Ron Reed, who has enriched the visits of thousands of visitors to the Buffalo Bill […] 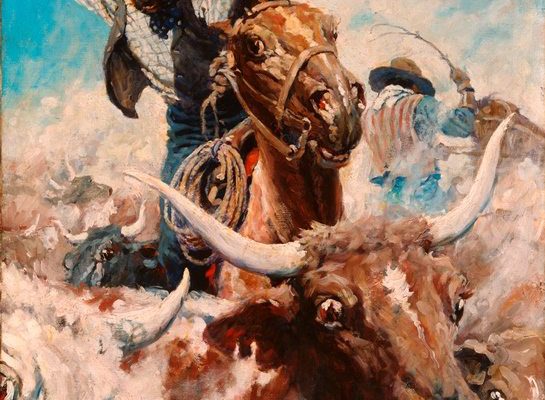 What better way to celebrate the American West than with cowboys, especially on Saturday, July 26, 2014, National Cowboy Day. Since the West is “front and center” in our name—Buffalo Bill CENTER of the West—we think we’re the perfect spot for you who love the West to spend the day. Merely stepping on our premises is sure […]

10 Best Things About July in Wyoming

As I was cruising around Yellowstone and Grand Teton National Parks last weekend in awe of the wildflower display, I was inspired to share my opinion of the 10 best things about Wyoming in July. They are in no particular order because, quite frankly, I enjoy them all! 1. Fourth of July – I’m guessing that most places […] 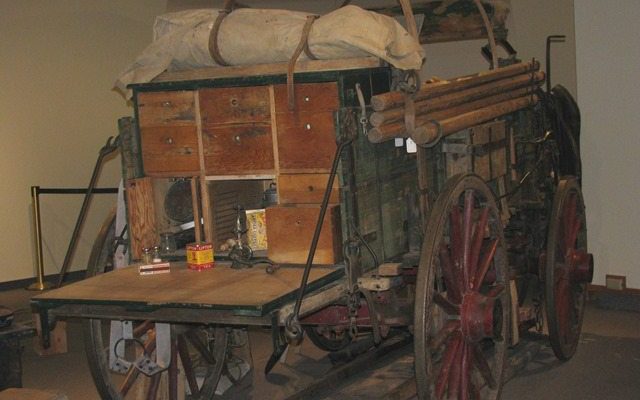 “Come and git it!” That’s what is announced near the chuck wagon in the summer at the Buffalo Bill Center of the West. There are two separate chuck wagons to visit, both giving a unique experience. Outside, before you enter the Center, you can observe and learn from a working chuck wagon. Early in the morning, the “cookie” […]