Originally published in Points West magazineSpring 2017 Three Women Who Preserved Buffalo Bill’s Legacy By Peter H. HassrickCurator Emeritus & Senior Scholar In 2017, the Buffalo Bill Center of the West celebrated its Centennial year. Throughout the year, Points West shared many stories of notables—individuals who were instrumental to the Center’s success within the last […]

The cornerstone of our Whitney Western Art Museum’s collection is a monumental sculpture of William F. Cody by Gertrude Vanderbilt Whitney: Buffalo Bill—The Scout. View the video below to learn more about sculptor Gertrude Vanderbilt Whitney, the art world of the 1920s when she created this sculpture, and how the history of the Whitney Western […] 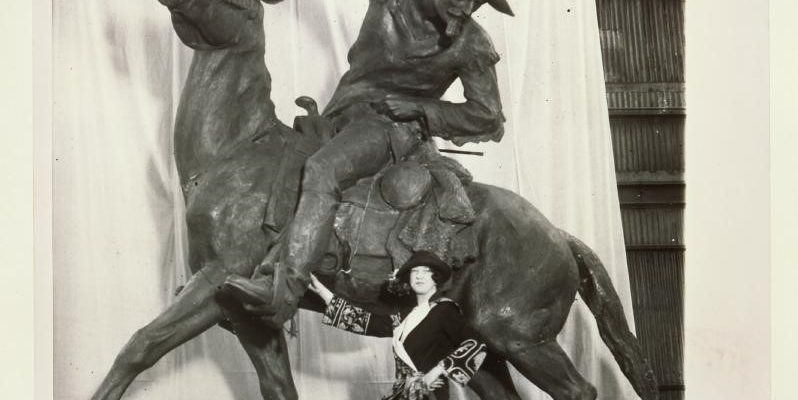 Meet a few of our Founders

Mary Jester Allen The history of the Buffalo Bill Center of the West begins with Mary Jester Allen after the passing of her famous uncle in 1917. She dreamed of a great shrine and memorial to honor William F. “Buffalo Bill” Cody and the early pioneers of the American West. In 1927, Allen began her […]

Gertrude Vanderbilt Whitney is best known for her role as an art patron and the founder of New York’s Whitney Museum of American Art. Yet she also had a significant career as a sculptor, exhibiting throughout the United States and Europe and receiving major commissions and prizes. Join Dr. Ellen E. Roberts as she reassesses […]