Originally published in Points West magazineFall 2011 Report from the Field: Golden Eagles, Sagebrush Country, and the Spirit of the American West By Dr. Charles R. Preston “Wait till you hear what we saw today,” shouted an excited Patrick Rodgers from across the Buffalo Bill Center of the West’s employee parking lot as I was […]

Originally featured in Points West magazine in Fall/Winter 2018 Golden Eagle (Aquila chrysaetos) Eggs Golden eagles (Aquila chrysaetos) in the Bighorn Basin of Wyoming find perfect habitat for nests which they construct on ledges carved out of sandstone. Eggs incubated in the spring hatch in mid-April, and by early July, surviving nestlings fledge to leave […]

Points West Online: On the Trail of the Golden Eagle

Originally published in Points West magazineFall 2009 On the Trail of the Golden Eagle: Summer Fieldwork with the Golden Eagle Posse By Charles R. Preston, PhD Field of dreams…for researchers Watch out — Rattlesnake! I could clearly hear the staccato rattling of the annoyed reptile as I crested the sandstone outcrop and looked out over […]

“Here in the Plains Basin of North America, we find some of the most exceptional rock art in the Americas,” says Bonnie Lawrence-Smith, Curatorial Assistant of the Draper Natural History Museum at the Buffalo Bill Center of the West. She explains that—like populations everywhere—the early peoples of the Bighorn Basin wove stories as explanations for […]

Wildlife biologist Zach Wallace’s work focuses on human impacts to wildlife and their habitats, with an emphasis on raptor ecology. At the next Draper Natural History Museum Lunchtime Expedition, he shares his expertise with a presentation titled Golden Eagle Conservation in the Wyoming Basin Ecoregion. The free talk takes place Thursday, October 4 at 12:15 […] 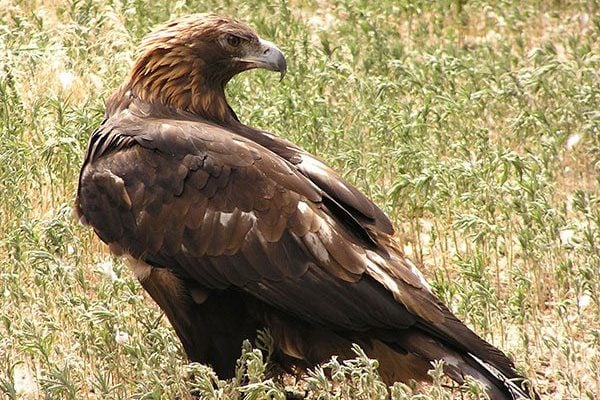 Golden eagles are a key species and a powerful predator in the sagebrush-steppe ecosystem of Wyoming’s Bighorn Basin. At the June Draper Natural History Museum Lunchtime Expedition, speaker Brian Woodbridge reminds us that golden eagles are found far and wide in the West in diverse habitats—some very different from the Basin. “Golden eagles occupy a […]