Bear 104 was a female grizzly bear who made her home on the edge of Yellowstone National Park and Shoshone National Forest, near a very heavily used road. As tourists drove to the east entrance of Yellowstone, they would be lucky enough to see Bear 104 and her cubs throughout the years. She was first […]

Treasures from Our West: Grizzly bear

Originally featured in Points West in Winter 2012 Grizzly bear (Ursus arctos horribilis) Each year, visitors to the Greater Yellowstone region cite the grizzly bear as the one thing they would most like to see. The grizzly has become a symbol of the untamed West that attracts people to Yellowstone from around the globe and […] 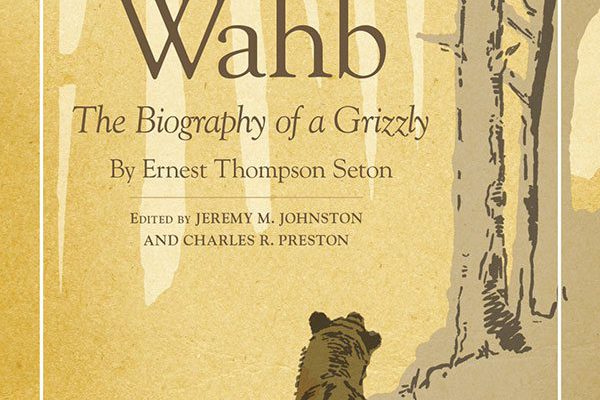 After a trip to northwest Wyoming in 1899, Ernest Thompson Seton published Wahb: The Biography of a Grizzly through a series of three articles for Century Magazine, and then the story appeared in book form in 1900. More than a hundred years later, Buffalo Bill Center of the West Curators Jeremy Johnston and Charles Preston […]

Originally featured in Points West magazine in Summer 2012 Grizzly bear exhibition in the Mountain Meadow Environment While individual museum objects can be treasures in and of themselves, the greatest treasure of a natural history museum may be the integration of specimens, ambient environment, and interpretation into an exhibition that imparts a relevant story to […]