Originally featured in Points West magazine in Spring 2019 Irma Hotel Chamber Pot In the days before indoor plumbing, that thirty-yard dash through the inky dark to the outhouse to relieve oneself in the middle of the night was reason enough to avoid any drinks after 6 p.m. And the cold, hard wooden seat with […]

Originally published in Points West magazineFall/Winter 2018 The Irma Hotel Cherrywood Bar: In La Scala Opera? By Walter Rudolph Metropolitan Opera Live in HD (also known as The Met: Live in HD) is a series of live opera performances transmitted in high-definition video via satellite from the Metropolitan Opera in New York City to select […] 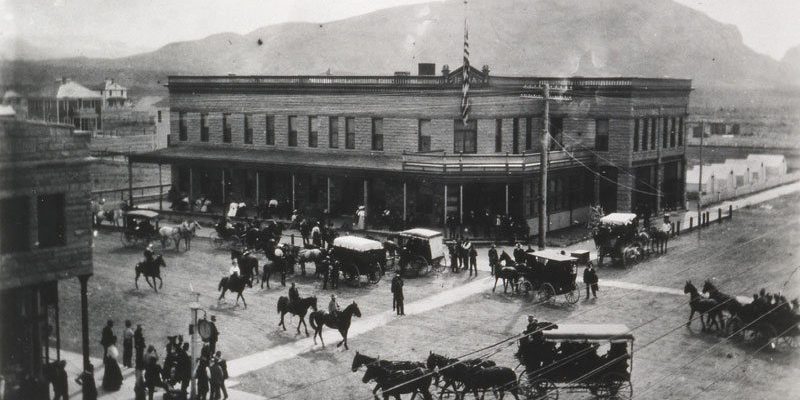 Treasures from Our West: Photograph of Irma Hotel under construction

Originally featured in Points West magazine in Spring 2015 Readers of Points West, area residents, and visitors to Cody can hardly miss the famous Irma Hotel located in downtown Cody. Many are also familiar with this 1908 F.J. Hiscock photo of the Irma (below) from the Center’s McCracken Research Library’s enormous historic photograph collection. However, […] 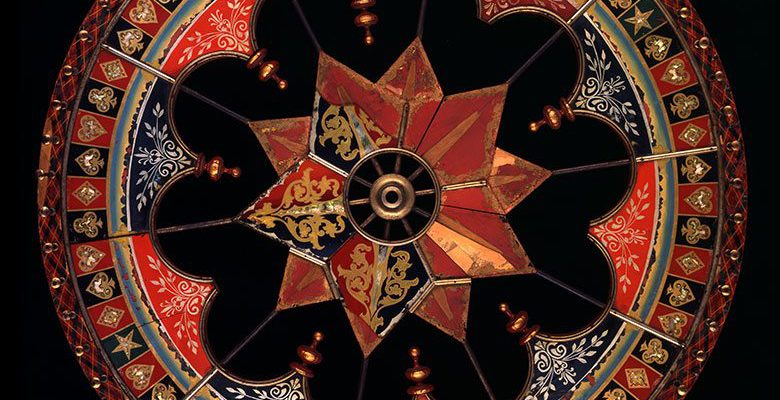 Treasures from Our West: Irma Hotel’s “Wheel of Fortune”

Originally featured in Points West magazine in Winter 2012 The Irma Hotel’s “Wheel of Fortune” The Irma Hotel became the center of the town of Cody’s social scene with its grand opening on November 18, 1902. There were more guests in attendance than lived in the town at the time (population approximately three hundred in […]

Originally published in Points West in Fall 1998 The Irma: “Just the Swellest Hotel That Ever Happened” Joanita Monteith, Guest Author Ed. note: information in the following article was drawn from the Park County Historical Society Archives and interviews with John Darby and Quin Blair of Cody. Buffalo Bill Cody built The Irma Hotel in […] 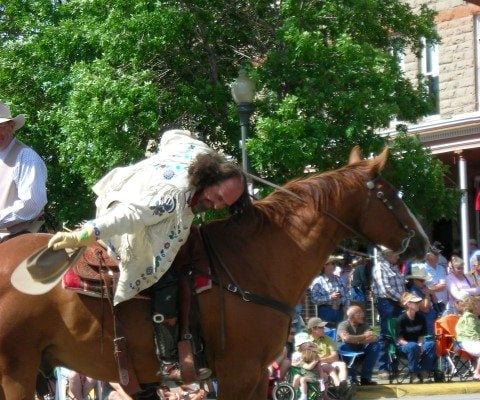 A Cody Fourth of July

The town of Cody experiences seasons—a cycle that parallels the natural world on its circular journey through space. In winter, while plants are in slumber and creatures lay low, those residents who didn’t fly south are hibernating indoors, living—like squirrels—on stores they’ve managed to cache. It’s a time for fixing the equipment, or knitting something […]