Last of the Buffalo

Bierstadt: The Last of the Buffalo

In 1888, the year Bierstadt joined the Boone and Crockett Club, he began work on two major paintings, both titled The Last of the Buffalo. These canvases glorified historical subjects and people but spoke metaphorically to modern issues, especially the decimation of bison in Yellowstone National Park. They depict an earlier chapter in the American […]

Treasures from Our West: Last of the Buffalo by Albert Bierstadt 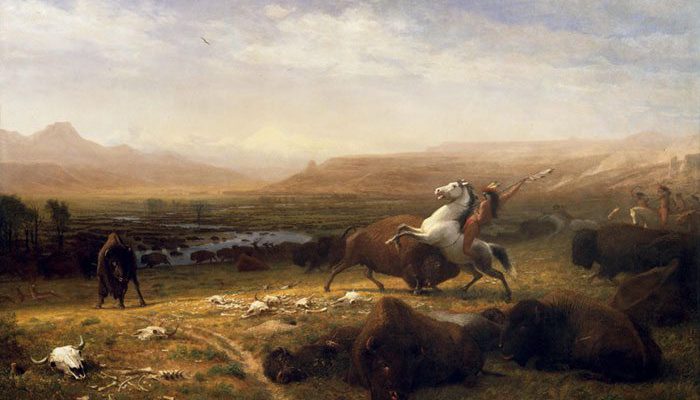 In 1832, artist George Catlin appealed to Americans to pay attention to the West, and its exceptional people and resources. He feared that the bison that ranged in teeming millions might be exploited and that the Indians who depended on them could be decimated as a result. His plea was prescient. On Thursday, May 22, […]