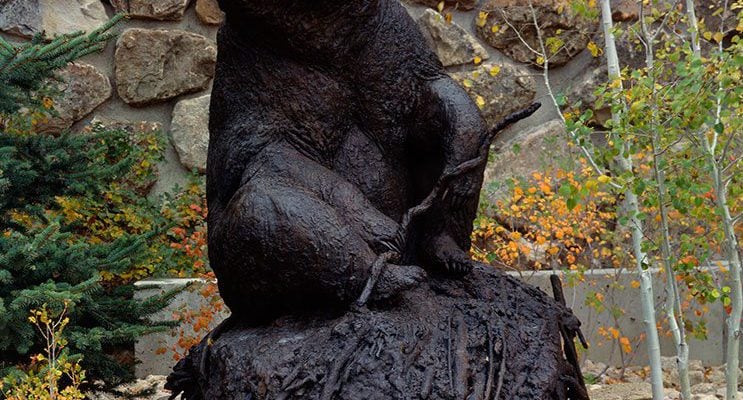 Big Hal By Michael Coleman Modeled 2002, cast 2003 Location: Yellowstone Regional Airport in east Cody Michael Coleman’s grizzly bear sits mischievously on top of a beaver dam. The artist, an avid outdoorsman, spends hours observing wildlife. This sculpture is currently located at Yellowstone Regional Airport on the east side of Cody, Wyoming, where it […] 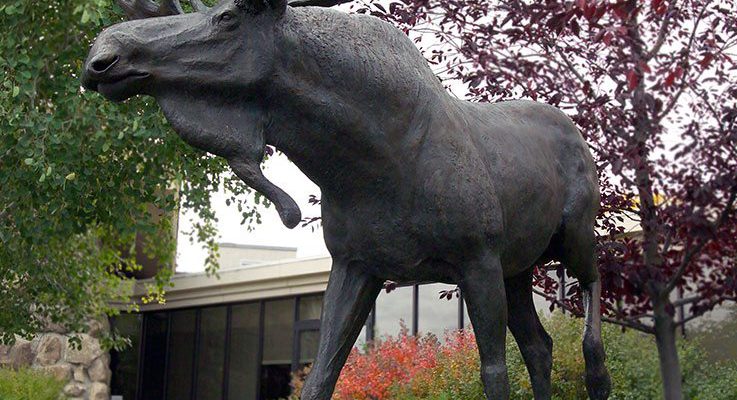 September By Michael Coleman Modeled 2000, cast 2001 Location: Front of the building Wildlife and nature artist Michael Coleman conveys a bull moose during mating season, or the rut. He says, “A Bull Moose, what a beast! He can crash through the timber like a locomotive or sneak out the other side like a shadow. […]