Originally published in Points West magazine in Spring 2008 T.D. Kelsey: Realist, Romantic, and Inspired Sculptor By Mindy A. Besaw Former Curator, Whitney Western Art Museum Cody, Wyoming, was one of Sidni Kelsey’s favorite places in the world. It is appropriate, then, that the Buffalo Bill Center of the West received the Sidni A. Kelsey […]

Mindy Besaw, the Buffalo Bill Center of the West’s Margaret and Dick Scarlett Curator of Western American Art talks about today’s contemporary western art scene with Today’s West: Contemporary Art from the Whitney Western Art Museum, on Thursday, August 28, at 12:15 p.m. in the Center’s Coe Auditorium. The illustrated lecture is free to the […]

Mindy Besaw, the Margaret and Dick Scarlett Curator of Western American Art for the Buffalo Bill Center of the West’s Whitney Western Art Museum, has accepted the position of Curator for the Crystal Bridges Museum of American Art in Bentonville, Arkansas. She remains in her current position at the Whitney through December 31, 2014. “While […] 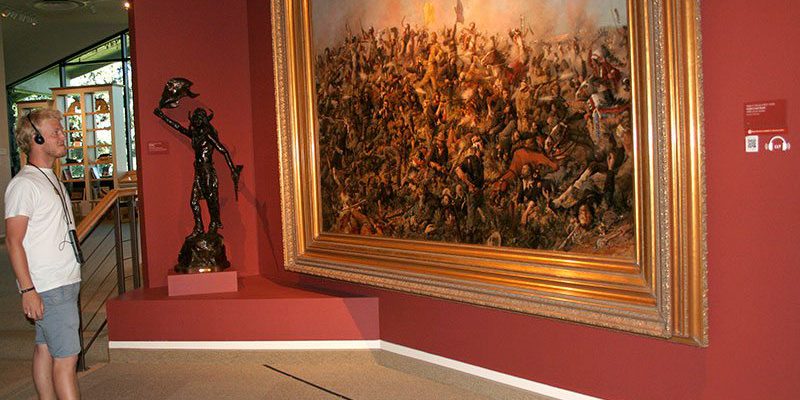 The Buffalo Bill Center of the West’s Whitney Western Art Museum has launched a new audio guide for use within the gallery. The free audio tour highlights 25 works of art, including paintings and sculpture—both historic and contemporary works—that represent the various themes of the American West found throughout the Whitney Museum. “The art audio […]