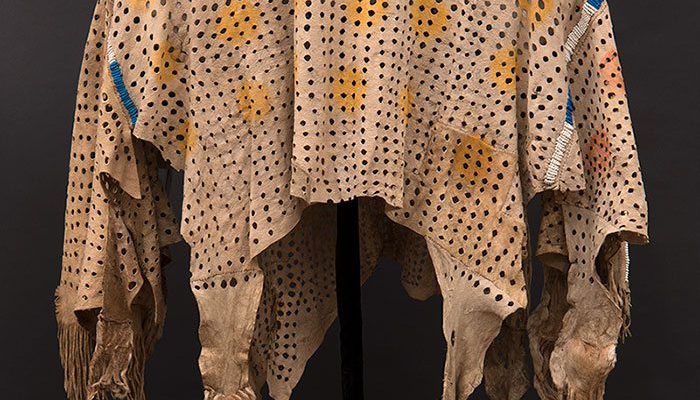 Originally featured in Points West magazine in Summer 2013 Nineteenth-century warriors of the Plateau and Northwestern Plains sometimes wore shirts with perforations for ceremonial and formal occasions. Such shirts signified membership in a military society that prepared men for battle and honored their victories. This Ni-mii-puu (Nez Perce) punctured shirt dates to around 1850 and […]