In this third part of the series of blogs on Plains weaponry, I will talk about lances… Read part 1 Read part 2 The lance—wahúkeza—is another weapon commonly used on the plains. Like the bow, it is used both in hunting buffalo and in combat. The shafts can be constructed from various kinds of wood, […]

Treasures from Our West: Postcard of Arrow Top

Treasures from Our West: “Dear Mr. Catlin…I Love You” by Paul Dyck

Originally published in Points West in Fall 2010 Paul Dyck pays tribute to his idol, George Catlin, one of the first to document the Plains Indians in art. In this work from 1964, Dyck incorporates original images by Catlin using Flemish and Asian painting techniques. An artist in the early-to-mid nineteenth century, Catlin traveled West […] 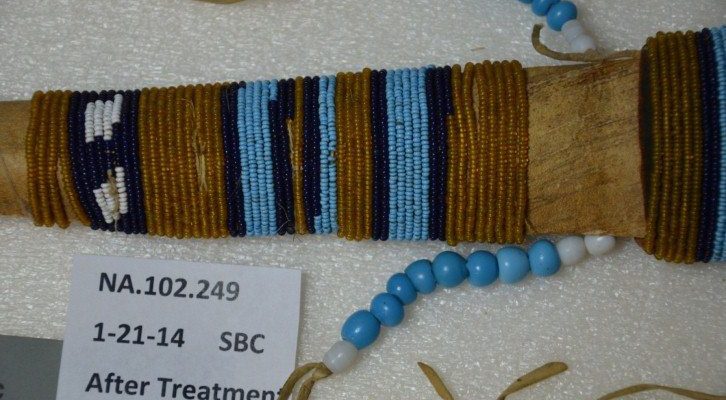 This is Shelly Buffalo Calf, student at the University of Oklahoma, working on a Master’s Degree in the Museum Studies program. Interning in conservation at the Center of the West can prove to be very interesting, as there are a wide variety of objects from which to choose. The objects that I feel most connected […] 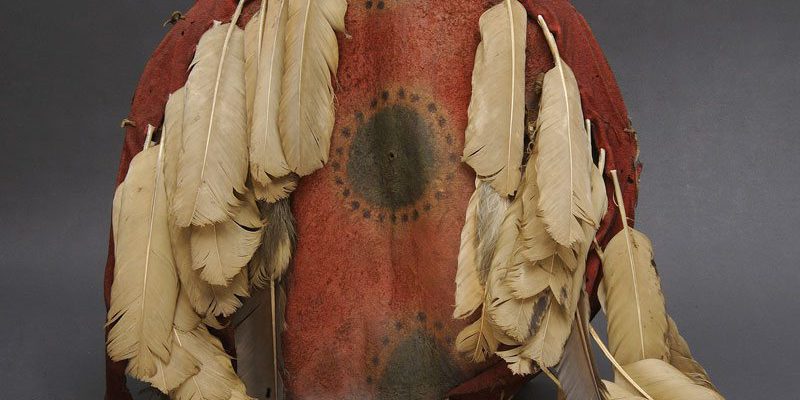 From the moment the collection entered the building, Buffalo Bill Center of the West personnel could hardly wait to share the Paul Dyck Plains Indian Buffalo Culture Collection—now that day has finally come. The Dyck Collection went on public view in its permanent exhibit space in the Center’s Plains Indian Museum on June 15. From […]