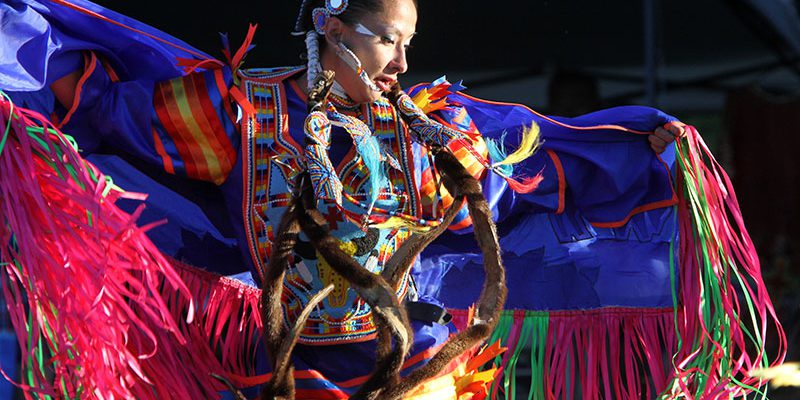 3 Events to Plan Your Yellowstone Trip Around

Originally featured in Points West magazine in Summer 2019 Native Feather Bustle There’s no shortage of bustles at the Center of the West’s Plains Indian Museum Powwow, the longest-running annual program of the Center. The feather bustle is a traditional part of a Native American man’s regalia he wears to dance at powwow. In this […]

In our 38th year, the first Center Powwow was held on the top of a flatbed trailer as a dancer demonstration. Today, we are the premier powwow hosted by a major museum. In that time, we’ve shared memories with generations in and out of the arena. Our gratitude goes out to our dancers, singers, vendors, […]

The Plains Indian Museum’s 38th annual Powwow takes place Saturday and Sunday, June 15–16, 2019, in the Robbie Powwow Garden at the southeast corner of the Center of the West’s grounds. The festivities kick off with a grand entry at noon and 6 p.m. Saturday, and at noon Sunday. Dancers range in age from Tiny […]

We Are a Dancing People – Points West Online

Originally published in Points West magazineSummer 2017 We Are a Dancing People By Majel Boxer Dancing plays an integral role in the spiritual and social lives of Native peoples. This article examines contemporary powwows of the Northern Plains and a brief history of dancing among Dakota peoples. Prior to sustained Euro-American contact and coerced assimilation, […]