Skype in the classroom

Join Us for Our 360 Yellowstone Adventure LIVE!!! The live event may be over, but that doesn’t mean you missed it! Check out the video below. Join the Buffalo Bill Center of the West way out west in Wyoming for a 360 adventure as we explore the habitats and animals of the Greater Yellowstone Ecosystem. […]

Teachers and educators globally are beginning to incorporate technology more in their classrooms. Microsoft’s Skype in the Classroom breaks the walls of classrooms, allowing students to take virtual field trips to museums, zoos, and other institutions. One of the facilities is the Buffalo Bill Center of the West in Cody. The museum has situated itself […] 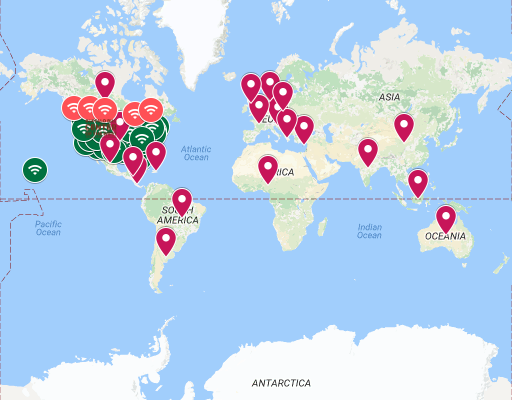 Skype in the Classroom: The Old West for a New Generation

Imagine an afternoon of exploring the Center of the West’s five galleries: you begin by delving deeper into the rich culture of the Plains Indians and the vital natural resources that surrounded them. Or, perhaps, you’re interested in checking out the Draper Museum to discover the native species who live in Wyoming’s mountainous regions. Maybe you even […]

Skype in the Classroom: Connecting Students to the West

Not everyone is fortunate enough to have the chance to live in Wyoming—especially in a town that’s only fifty miles from Yellowstone National Park’s East Gate. Our own backyard is home to vast mountain ranges, bubbling hot springs, raging rivers, and hundreds of plant and animal species. Growing up in Cody, I was lucky enough to […]