Ode to the West

For me there is no better way to end my blog series than to mention the spiritual connection that I have formed with the natural wonders surrounding Cody, Wyoming. Being a rookie art historian I would like to convey my experiences in the past two months by associating with an artist who often exhibited in […]

In and Out: Creating art “en plein air” and in the gallery

Greetings fellow art fans! The time of year has arrived when artists converge in the Whitney Western Art Museum. During the weeks of July 6 and July 13, we had the pleasure of hosting Michele Z. Farrier as our artist-in-residence. Farrier formerly taught art to K – 12 students in the Teton County School District. […] 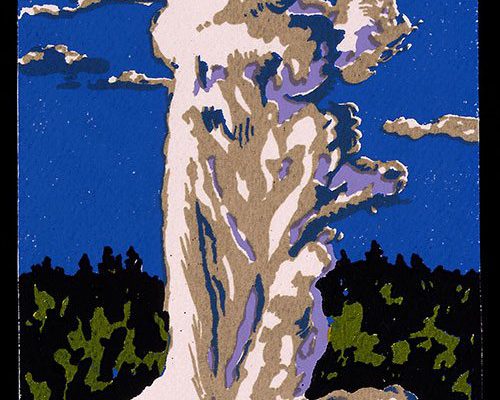 Serigraphy and the Artist

Greetings fellow art fans! I wanted to update you on my time spent so far in the Whitney Western Art Museum’s vault. I have come across some magnificent treasures and would like to introduce you to a few of the Whitney’s works on paper. Most notably for me this week, have been the works by […]

The Territories Ahead: Discovering my West!

Hello fellow art fans!!! My name is Albena Maslinkova and I will be posting regular blogs as the new Whitney Western Art Museum curatorial intern. Before I begin my summer adventure here at the Center, I would like to introduce myself as well as inform each of you about my incredible assignment. My love for […]