Our Buffalo Bill Museum is our flagship and has rich stories to tell not only about William F. "Buffalo Bill" Cody's own personal history as a western man, scout, actor, showman, and entrepreneur, but also of the times in which he lived, his legacy, and the myth of the West. This blog shares Points West articles about or related to Buffalo Bill.

Originally published in Points West magazineSpring 2011 A Case of Mistaken Identity: Samuel Franklin Cody and William F. Cody By Lynn Johnson Houze Turn back the years, all the way back to early 1891, and try to imagine how excited you would be to attend a performance of Buffalo Bill’s Wild West. Now, imagine how […]

Custer’s Last Stand was reenacted thousands of times in the Buffalo Bill’s Wild West Show. A poster shows the classic image of Lakota, Cheyenne and Arapaho warriors on horseback surrounding Custer’s men. But Jeremy Johnston, the curator of the Buffalo Bill Museum, said it probably didn’t happen like that.  “A lot of the Lakota and […]

Originally published in Points West magazineWinter 2009 Buffalo Bill’s Wild West Show: The Old Glory Blowout By Charles Sabukewicz [To me] Buffalo Bill’s history in many ways parallels that of America’s: a great nation with great early success that eventually led to the burden of too much of it… In many ways, our country has […]

Whoop It Up! Special Exhibition 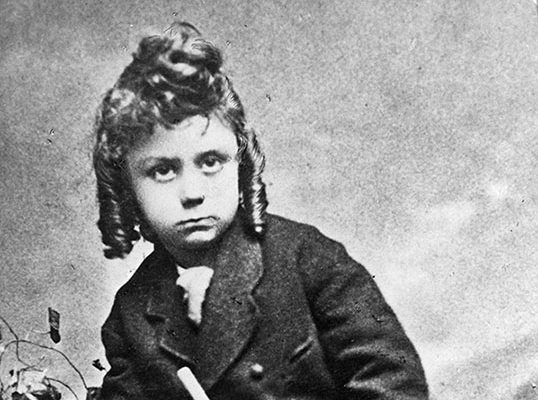 Originally featured in Points West magazine in Summer 2018 Photograph, Kit Carson Cody, ca. 1876 This photo gives no hint about the tragedy that would soon befall the Cody family. As for any parent, the greatest sadness of Buffalo Bill’s life was the loss of his only son, Kit Carson Cody. In his 1879 book, […]

Points West: Buffalo Bill and The Fight to Save Yellowstone’s Wildlife