I have been hearing about Mel Stonehouse since I arrived here, and he’s become a legend in my mind. Many of the colorful Cody characters passed away long enough ago that finding people that knew them is hard, but lots of people remember Mel Stonehouse. Orphaned at the age of two when his parents froze […]

Originally published in Points West magazineSummer 2017 Alaska Man, Part 2 Click here to read part one… By Mary Robinson In part one of Alaska Man, we learned how Harold McCracken publicizes his northern adventures to establish himself as a public figure. Each of his first two expeditions to Alaska was a “roll of the […]

Originally published in Points West magazineSpring 2017 Alaska Man, Part 1 By Mary Robinson “You’d take him for a schoolmaster, precisely like a schoolmaster, or maybe a scientist. Bald-headed, spectacled, and so skinny you’d think the frost would finish him off the first cold night.” Such was one journalist’s impression of Harold McCracken (Fig. 1), […] 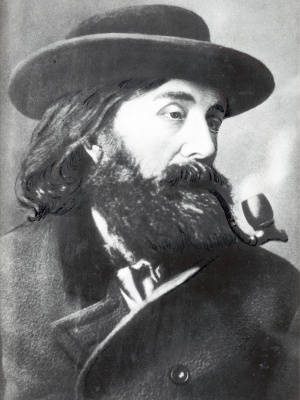 Vincent Mercaldo was a painter and artist. But many people, including his family, didn’t realize that he collected and manipulated photographs as well. “What makes his collection really interesting is the fact that he was an artist and he wasn’t afraid to manipulate images,” said Samantha Harper, an archivist at the McCracken Research Library.  Harper […]

Current Exhibition Open in the John Bunker Sands Photography Gallery Beginning in the 1980s, William Shepley followed his passion for the equestrian culture of the American West to produce stunning black and white photographs that appear in a new special exhibition at the Buffalo Bill Center of the West. Self-assigned and self-funded, The Equestrian West […]

Museum Minute: Collections Can Be Daunting