Whoop It Up! Special Exhibition

The McCracken Research Library receives hundreds of collections of journals, notebooks and photographs annually. Often, library staff are not able to go through it all. But when library fellows come in to research their own interests, many unknown gems are exposed. This is what happened with a collection of military records and photos of a […] 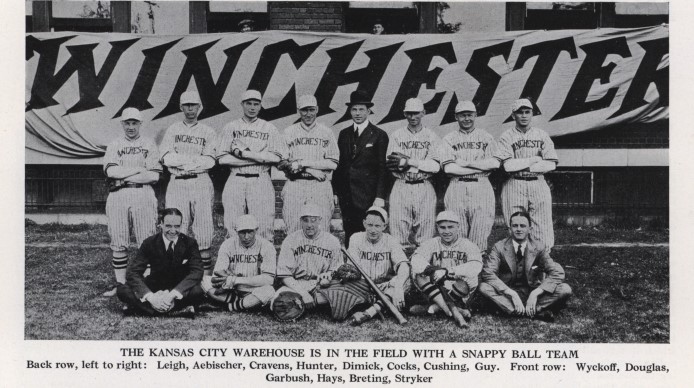 A Winchester Christmas List: Winchester Stores and Merchandise in the 1920s

What was on a Christmas wish list from the 1920s? Roller skates? A baseball bat? How about a new refrigerator, or tool set? Or a flashlight to spy on Santa? Whatever it was customers didn’t need Sears, or Montgomery Wards, they could find it all under one name, Winchester.             […]

The War at Home: Women in the Workforce and World War II in Wyoming

War changes the landscape and people, whether on the frontlines or Homefront. World War II not only tested the millions of American men sent to Europe and the Pacific, but those left to fight the war at home. With the large number of men sent to the front lines (Wyoming alone sent 30,000 men, 10% […]

The years following World War I were not kind to the Winchester Repeating Arms, Co. The loans taken out during the war to expand their facilities were now due, and after attempts to recover by 1931 Winchester was sold to Olin Industries, Inc who also owned United States Cartridge Company. The years following would see […]

December 7, 1941, in the early morning hours aboard Ford Island, Hawaii, sailors and Marines stood at morning muster when the buzz of airplanes cut the air. In a blink, confusion turned to horror as the planes were identified as Japanese Zeros and bombs rained from the sky eliminating the few PBY (maritime patrol) planes […]