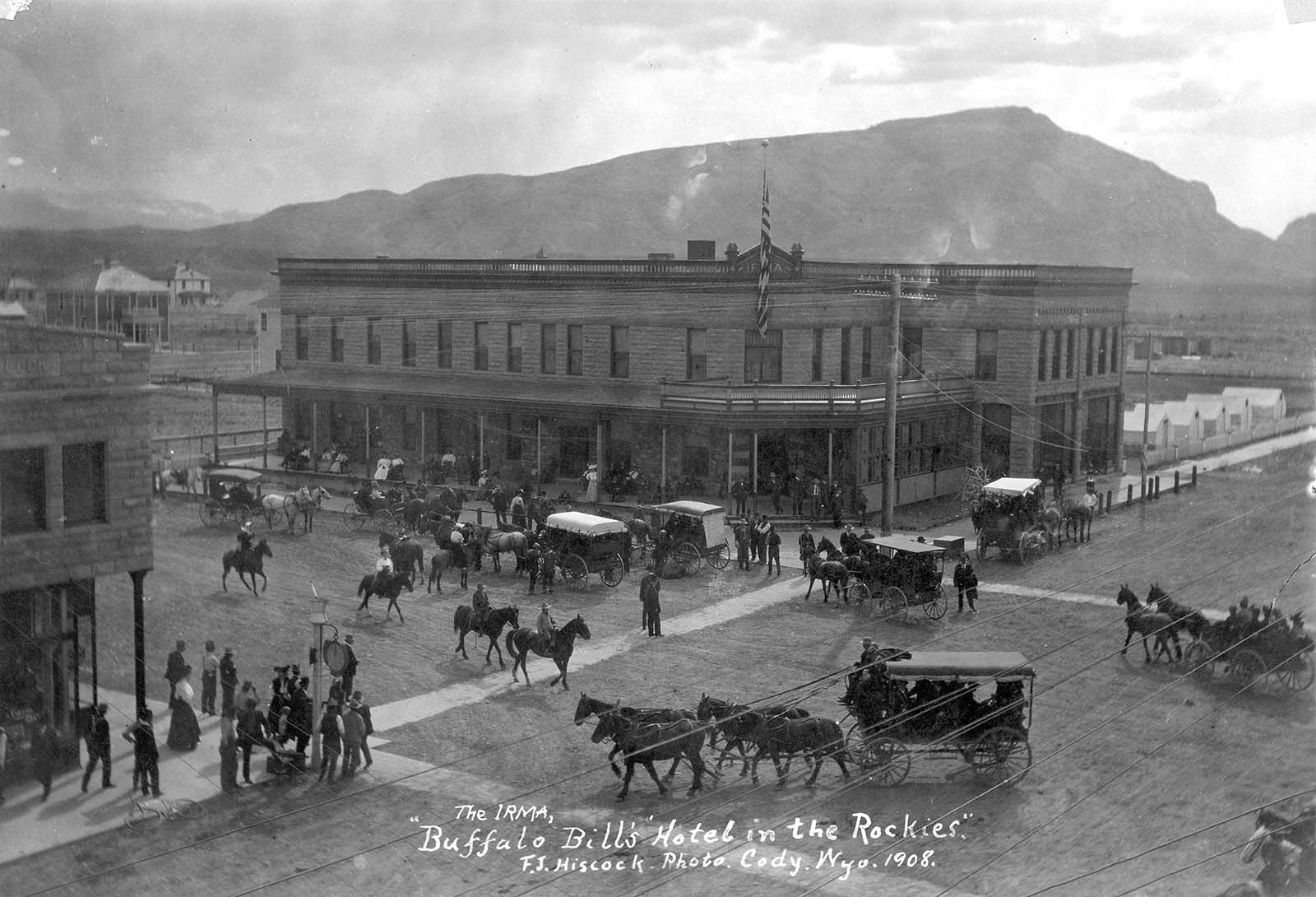 History of the Irma

At the Irma Hotel Dining Room

Join us select Thursdays January through April for Cody Culture Club. Appetizers and cash bar at every program. If you love Cody, you’re part of the Club! Our March program takes place in the Dining Room of the Irma Hotel at 1192 Sheridan Avenue in Cody.

In 1902, Buffalo Bill Cody built the Irma Hotel, which he named after his youngest daughter, Irma. Join Mike Darby, owner of the Irma Hotel, as he walks us through the history of this historic downtown gem.

William F. Cody helped found the town of Cody in 1895. He opened the Irma Hotel, which he called “just the swellest hotel that ever was.” Cody maintained two suites and an office for his personal use. When the Burlington Railroad completed a spur line into Cody, his plan was to have travelers stay on their way to Yellowstone National Park.

The Irma Hotel is listed on the National Register of Historic Places by the National Park Service in recognition of its contribution to the cultural foundations of America. It was designed by Alfred Wilderman Woods, a Lincoln, Nebraska, church architect. Certain exterior walls are made of river rock and quarried sandstone from Beck Lake on the south edge of Cody.

The fireplace is an assemblage of rock, ores, minerals, and fossils from the surrounding Big Horn Basin. The Irma’s famous Cherrywood bar dates to the period of construction and is one of the most photographed features in Cody. The original part of the hotel was built in 1902. The northwest addition was completed in 1929, and the southwest addition was added in 1976–1977.

Due to varying venue capacities, ticket packages are not available this year. Please consider purchasing tickets in advance by clicking here. Each event is $20 per person.

Mike Darby, along with his brother and father, own and operate the Irma Hotel. Mike also sits on the Board of Directors for both the Cody Stampede and Cody Country Chamber of Commerce.

Visit our Cody Culture Club page or call 307-578-4008 to learn more and to purchase tickets in advance.