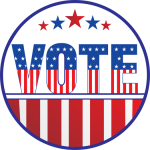 It’s time to bring out the talking sticks for Election 2016.

As I peer dubiously down the road toward Election Day, Tuesday, November 8, 2016, it occurs to me that what I probably look forward to the least is the noise. In fact, my ears have already started ringing, and my head aches at the thought of all that partisan racket for the next four months or so. Simply put: Why does it all have to be so loud?

Since we’re in the throes of that proverbial campaign rhetoric, I propose we embrace the idea of talking sticks. Native Americans have used such speakers’ staffs to keep their meetings respectful and controlled. The person who has the stick is the only one who can speak. All others are to listen intently so that when they have occasion to speak, their own remarks won’t rehash what’s already been aired.

Along with the talking stick, there is an answering feather. Should the person who is speaking wish to pose a question to another, he passes the feather to the one who will answer. No one else can interject an opinion. The website First People notes that even children learn quickly to respect another’s point of view. They may not all agree, but their personal honor is at stake if they don’t “honor the Sacred Point of View of every living creature.”

Imagine a political debate in which the moderator held the talking stick, and the room remained silent as he/she spoke. Imagine the drama as said moderator passed the answering feather to a candidate for a response, and then snatched it back at an appointed time. Oh the civility! Oh the humanity! Oh the quiet!

Nevertheless, I’m sure we’ll survive this unprecedented campaign, with or without an answering stick. As humorist Will Rogers put it, “This country has gotten where it is in spite of politics, not by the aid of it. That we have carried as much political bunk as we have and still survived shows we are a super nation.”

Marguerite House served as the Center of the West’s Acting Director of Public Relations until her retirement at the end of 2018, and as editor of its member magazine, Points West, through May 2019. Following a seven-year stint as Business Manager for the Cody Country Chamber of Commerce, Marguerite moved “across the street” to the Center in 1999. She then held five different positions in three of the Center’s four divisions, landing in PR in 2005. “I think that [gave] me all kinds of perspectives for our readers,” she says. She enjoys writing (especially a weekly column for the local newspaper called “On the House”), cooking, and spending time with her six grandkids.