Duke Energy Foundation has announced today that they have awarded the Buffalo Bill Center of the West a $50,000 grant in support of Monarch of the Skies, an exhibition about golden eagles and their habitats. The project presents the natural and cultural history of the golden eagle and its conservation in Greater Yellowstone and western United States and is slated to open in the spring 2018.

Dr. Charles R. Preston, wildlife scientist and the Center’s Willis McDonald IV Senior Curator of the Draper Natural History Museum, leads the design effort. “This exhibition provides a wonderful opportunity to share the adventure, results, and application of scientific research by our own team and by others across the western United States,” Preston says, “and we are delighted to receive this support from Duke Energy, an important stakeholder and contributor to golden eagle conservation for the future.” 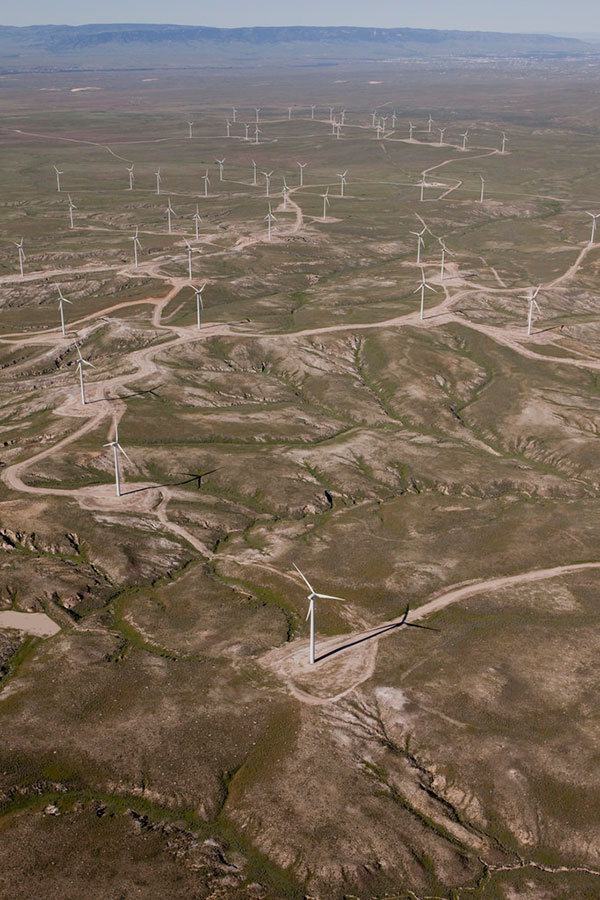 “Golden eagles thrive in some of the windiest places in the country, which include the open plains of Wyoming,” said Tim Hayes, Duke Energy Renewables environmental director. “This same abundant wind resource can be tapped to make clean and increasingly affordable electricity, but this overlap sometimes creates a conflict between golden eagle habitat and wind farms. Our primary focus for several years has been figuring out a way for wind turbines and eagles to coexist.”

Golden eagle strongholds in sagebrush grasslands are undergoing rapid changes, and scientists are concerned about the impacts on eagles and associated wildlife. The “Challenges and Opportunities” section of the exhibition is designed to focus on the human-caused threats to golden eagles and associated wildlife, and the efforts of multiple stakeholders to reduce and mitigate negative impacts. One challenge golden eagles face in today’s West is increased mortality due to collisions with the growing numbers of wind turbines.

“At Duke Energy Renewables’ wind sites, we are continually refining ways to reduce the risk of golden eagles and other soaring raptors from colliding with wind turbines,” said Hayes. “Our Top of the World wind site near Glenrock, Wyoming, has tested radar, visual and sound deterrents, and is currently using a camera detection system called IdentiFlight as well as human observers to curtail turbines when eagles are present, thereby reducing collisions.” 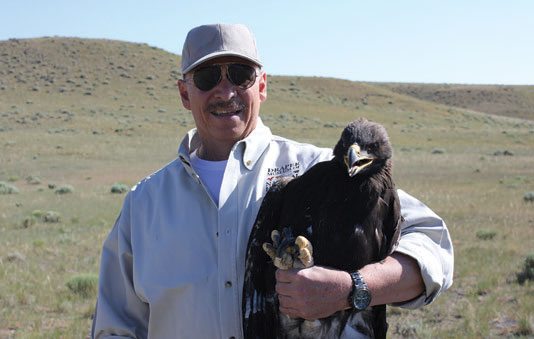 The exhibition showcases these and a broad range of other efforts underway to ensure that the golden eagle remains a vital component of western ecosystems and our natural heritage.

“These magnificent raptors are a true apex predator and have never had to worry about something harming them while they are flying,” said Hayes. “We have more work to do, but through partnerships with scientists like Dr. Preston, technology developers like IdentiFlight, and organizations like the American Wind Wildlife Institute, I’m confident we will find viable solutions.”

Learn more about the Center’s golden eagle initiative on its website.

Celebrating its Centennial throughout 2017, the award-winning Buffalo Bill Center of the West in Cody, Wyoming, has devoted itself to sharing the story of the authentic American West since its launch in 1917 following the death of William F. “Buffalo Bill” Cody. The Center is an affiliate of the Smithsonian Institution. For additional information, visit centerofthewest.org or the Center’s Facebook page. #100YearsMore

The Duke Energy Foundation provides philanthropic support to address the needs of the communities where its customers live and work. The foundation provides more than $30 million annually in charitable gifts. The foundation’s education focus spans kindergarten to career, particularly science, technology, engineering and math (STEM), early childhood literacy and workforce development. It also supports the environment and community impact initiatives, including arts and culture. For more information, visit http://www.duke-energy.com/foundation.

Headquartered in Charlotte, North Carolina, Duke Energy is an S&P 100 Stock Index company traded on the New York Stock Exchange under the symbol DUK. More information about the company is available at duke-energy.com.

The Duke Energy News Center serves as a multimedia resource for journalists and features news releases, helpful links, photos and videos. Hosted by Duke Energy, illumination is an online destination for stories about people, innovations, and community and environmental topics. It also offers glimpses into the past and insights into the future of energy.