These western essays, written by western historian Paul Fees, Senior Curator of the Buffalo Bill Museum from 1981 – 2001, would fit in nicely with studies of the American West, in reality and in drama. They would be appropriate for sixth grade and above.

The essay on William Frederick Cody is a brief, but historically accurate, biography of “Buffalo Bill.”

Wild West Shows describes not only Buffalo Bill’s Wild West but also other Wild West shows of that era.

Annie Oakley is a sketch of the life of sharpshooter Annie Oakley, who joined Buffalo Bill’s Wild West in 1885. 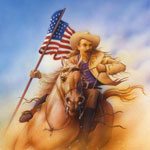 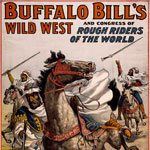 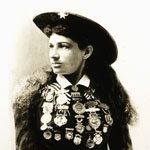 Annie Oakley was one of the most admired women of her era. She was small, pretty, and gentle. She was also one of the best shots of all time with rifle and pistol…

Teach outside the box!

Looking for educational tools, programs, and resources for a class or for homeschooling? Look into our:

Skype in the classroom.

We know how to have fun!

The Center of the West welcomes families for fun and educational activities. Check out what's coming up for you and the kids!