The Draper Museum Raptor Experience is an exciting live raptor education program at the Draper Natural History Museum in Cody, Wyoming. The Draper is one of five museums at the Buffalo Bill Center of the West, which embraces the Spirit of the American West. What better way to celebrate the wildness of this wonderful area than by sharing some of its most spectacular wild animals with our guests. Visitors to the Center have the unique opportunity to get an up close and personal view of some of Wyoming’s most recognized predators – the birds of prey!

I realize it’s been a while since we here at the fledgling Draper Museum Raptor Experience posted anything new, but there’s been good reason! The last couple weeks have suddenly been a wave of activity here. Our permits all finally came through and I began scrambling to make arrangements to get our birds here. It […]

A step closer to our raptor permits

We talked to our state representative earlier this afternoon. We should have our permit approval by tomorrow! They have been concerned about the missing eye of our red-tailed hawk and worried that people won’t understand why he couldn’t be released back into the wild. The concern was that the public would be anthropomorphic because people […]

I love being able to share photos with people. Since none of our birds are in our possession yet, it’s hard to be able to post pictures of them. Fortunately, the good folks at the Milford Nature Center have sent some pictures of our Turkey Vulture as she’s growing. Hope you enjoy them! We can’t wait […]

There hasn’t been a whole lot going on around here recently. At least, that’s the way it feels most of the day. My interns, Nate and Pat, are done for the summer and will soon be returning to their studies at the University of Wyoming. I think they are both planning on coming back at Christmas […]

Woo Hoo!!! The permits have arrived

Our permits from the U.S. Fish & Wildlife Service have arrived! We were floored! The region we are in is probably the busiest region in the country and it often takes quite a while for responses from them. We are so beyond excited to have gotten our permits approved in less than 30 days! Now, […] 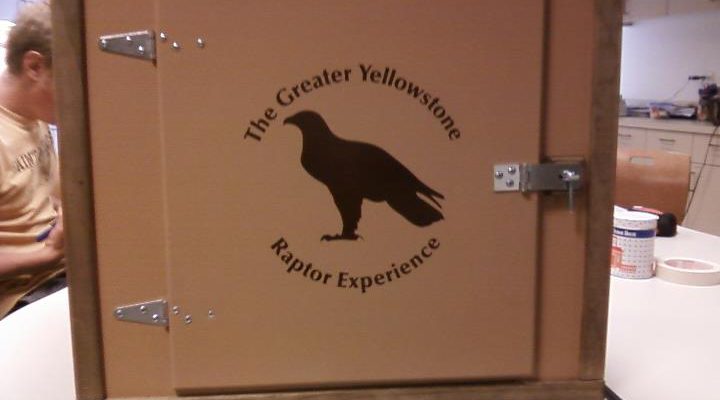 Still Waiting on the permits for the Raptor Experience

We are at the one-month point since I sent in our permit applications for housing birds for the Draper Museum Raptor Experience. Still no news from either government agency on the progress of the permits but it can take up to 90 days. The mews are ready and waiting for their inhabitants and everyone here […]