Reporting from the Center of the West

This unique partnership is made possible through the generosity of the Hal R. and Naoma J. Tate Foundation.

Below, explore Kamila's fascinating stories on contemporary issues in the American West along with its art, history, culture, and much more. She's on the scene...

...Reporting from the Center of the West.

Winter counts are recordings of the Lakota tribal history. The Plains Indian Museum at the Buffalo Bill Center of the West has one winter count that is known as the lone dog winter count. That’s because Lone Dog was the last known keep of this tribal history. It’s a calendar representation of important events between […]

Museum Minute: Collections Can Be Daunting

The Draper Museum Raptor Experience will be 10 years old in 2021. In honor, we are featuring the 11 raptors in the program. Salem is an American Kestrel, which is a falcon species. It’s the smallest Falcon species in North America. At one point it was one of the most common raptors across north Central […]

Not many American impressionists depicted the West. Most painted the East coast and Europe. But Karen McWhorter, the curator of the Whitney Western Art Museum, said one American impressionist, John Henry Twachtman, painted a series of Yellowstone National Park.  “He ventured West only the one time, and this was relatively late in his life. He passed […]

Did you think there’s any connection between baseball and firearm production? Turns out, Hillerich and Bradsby Co. and M1 Carbines have a little in common, said Danny Michael, the associate curator of the Cody Firearms Museum. “You might know Hillerich and Bradsby a little bit better by one of their trade names, the Louisville Slugger, […] 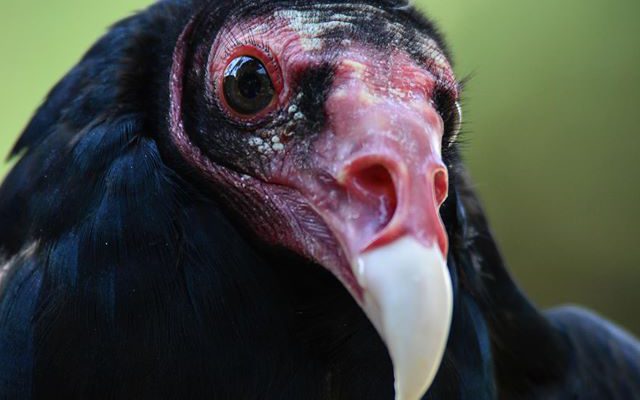 The Draper Museum Raptor Experience will be 10 years old in 2021. In honor of its anniversary, Museum Minute is featuring the 11 raptors in the program. The Raptor Experience is a live raptor education program that shares the region’s wild animals with visitors to the Buffalo Bill Center of the West. Suli is a […]