Here’s one: condensing the meaning of life into a blog post. Wish me luck!

Deb Adams of the Papers of William F. Cody project sent a link yesterday to a tourist destination in Croatia called Buffalo Bill City, and it started me thinking (again!). What is it about the American West that captures the imagination of the world?

A myth often tells the story of an individual who overcomes great odds to achieve a goal, and the great myths of the West are no different. By and large, the reality doesn’t match the myth. There have been a few big ideas—the first guy who painted on a cave wall—that seems big to me, but we don’t know the back story. Calculus was a big idea, I’m told. I never studied calculus, but I know there was math before Isaac Newton. Plant cultivation seems big. Did one person come up with that, or was it many people over time? My point is, civilization has developed through small contributions by everyone, punctuated now and then perhaps by a big idea from an individual.

Think about the legendary figures of the West, and their supporting cast. George Armstrong Custer had a Seventh cavalry. Crazy Horse had many branches of Lakota and Cheyenne warriors. Billy the Kid had Regulators, Jesse James had the James Gang, Buffalo Bill had the Fifth cavalry and later, the Congress of Rough Riders of the World. Lewis and Clark had a Corps of Discovery, Chief Joseph had a tribe of Nez Perce. The great cattle drives took teamwork. Settlers depended on their neighbors for barn raising, or harvest time. Certainly there are stories of great individual sacrifice and achievement (John Colter and Hugh Glass come to mind), but by and large everyone had help.

Heroes of team sports today have a supporting cast in their team; heroes of individual sports have developed their prowess based on skills learned over decades by other competitors. Every great person, it seems to me, has built upon what came before.

The little things add up!

Phil Anthony is the Operating Engineer at the Buffalo Bill Center of the West. He has been in the HVAC-R service industry for over 30 years (fifteen of them at the Center.)
Phil holds journeyman certificates through the City and County of Denver as a steamfitter and a refrigeration technician, and a low-voltage electrical technician’s license with the state of Wyoming.
An artist, poet, musician (sort of,) and avid outdoorsman, Phil has been called "a true renaissance man."

END_OF_DOCUMENT_TOKEN_TO_BE_REPLACED 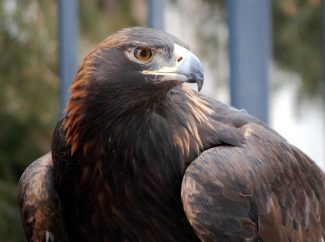