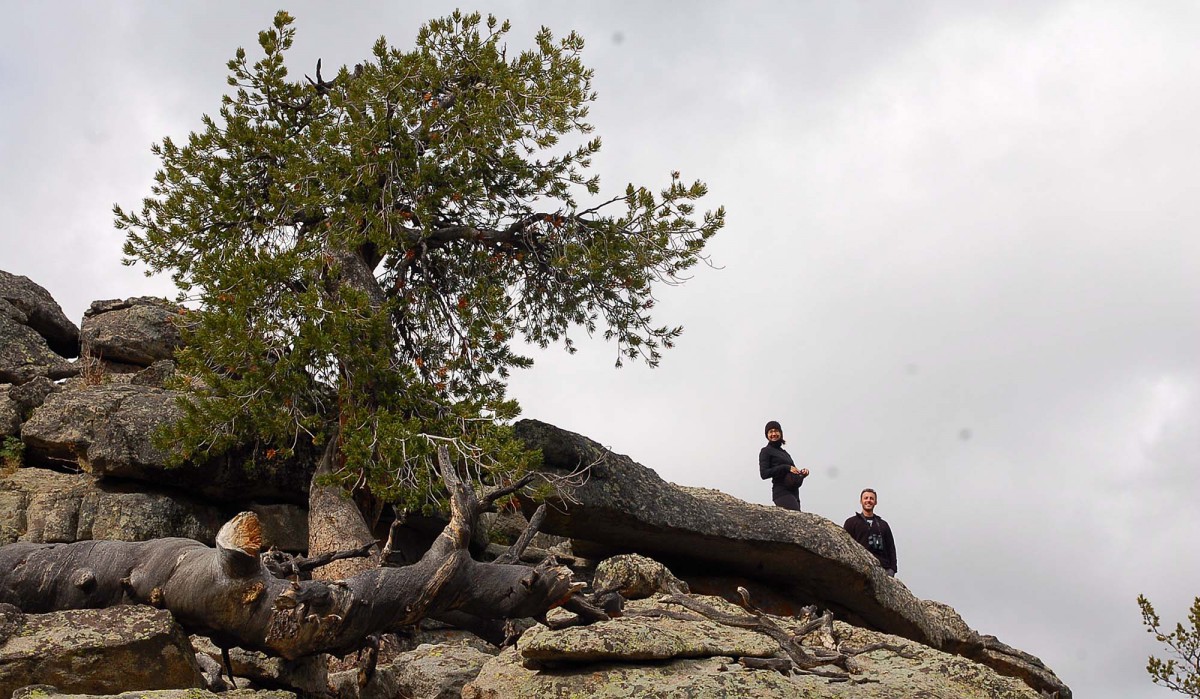 Join us online for this Draper Natural History Museum Lunchtime Expedition lecture, originally scheduled for last May. Dr. Diana F. Tomback presents The Whitebark Pine Story: From Thriving High-mountain Keystone to Endangered Species. The talks in this series are free, and take place in the Buffalo Bill Center of the West’s Coe Auditorium the first Thursday of the month.

Whitebark pine is a widely-distributed and ecological important high-elevation conifer of the western United States and Canada. Well-represented in the Greater Yellowstone Area, whitebark pine is known for its iconic relationship with Clark’s nutcracker—the pine depends on the bird for seed dispersal, and in turn the bird has strongly influenced the pine’s biology. Ecologically, whitebark pine is the quintessential keystone and foundation species: Its large seeds are an important food for wildlife and especially bears, and its tolerance of harsh conditions enables it to “pioneer” after fire and at high elevation, leading to community development. It is abundant at treeline, and these wind-battered dwarf forests retain snow and influence local hydrology.

But, the whitebark world is unraveling, primarily because of the exotic disease white pine blister rust, which is spreading and intensifying throughout the West. Whitebark pine is currently being evaluated for listing under the Endangered Species Act. Managers also are now concerned for the future of Clark’s nutcrackers.

Diana F. Tomback is Professor of Integrative Biology at the University of Colorado Denver, with expertise in forest ecology and conservation biology. She received a BA and MA at UCLA, and PhD at the University of California Santa Barbara. As a graduate student, she began pioneering studies of Clark’s nutcracker, a keystone avian seed disperser, and an ecologically important but rapidly declining high elevation conifer, whitebark pine. Author of more than 100 peer-reviewed publications, and lead editor of the 2001 book, Whitebark Pine Communities: Ecology and Restoration, Tomback has conducted research in National Parks and National Forests across the western U.S. and Canada, supported by funding from the U.S. Forest Service, National Park Service, National Science Foundation, and Ricketts Conservation Foundation. In 2001, she and colleagues started the Whitebark Pine Ecosystem Foundation (WPEF), based in Missoula, Montana, to advocate for restoration. Tomback served as volunteer Director of the WPEF for 16 years and now oversees Policy and Outreach.  In this role, she is a key organizer of the National Whitebark Pine Restoration Plan in partnership with the U.S. Forest Service and American Forests.

Join us the first Thursday of each month February through December for a Lunchtime Expedition! These free lectures explore a variety of natural history subjects and issues. Lectures take place in our Coe Auditorium at 12:15 p.m. and are free and open to the public.