In the Whitney Western Art Museum of the Buffalo Bill Center of the West, tucked between works by 19th century western art giants Alfred Jacob Miller and Thomas Moran, is a small, but strikingly brilliant oil painting from 1855, Untitled Teton Valley Scene. The artist may be relatively unknown, but is certainly no less a giant—namely, John Mix Stanley. 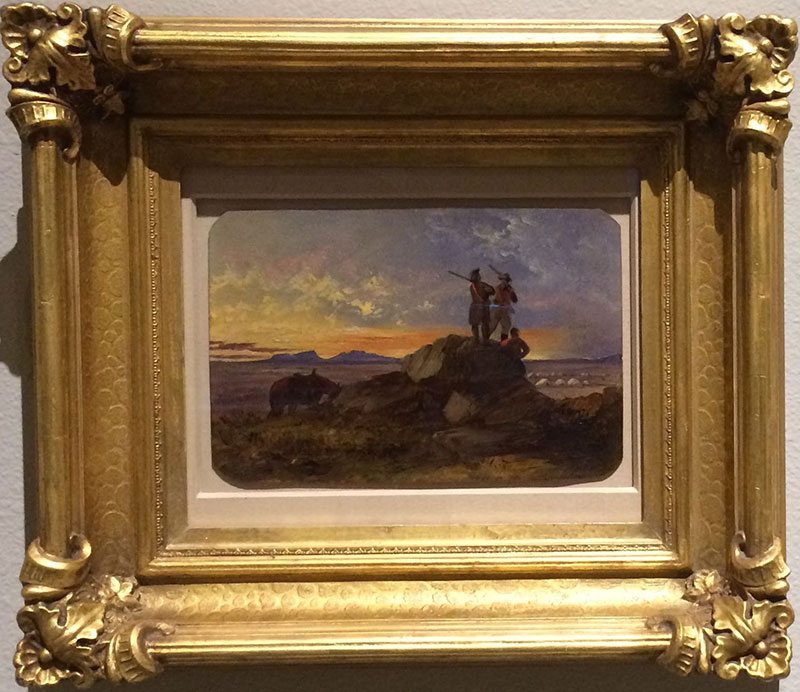 Untitled Teton Valley Scene, 1855. John Mix Stanley Stanley (1814– 1872) was an ardent adventurer who traveled the West more than any other artist of his time. Like George Catlin—some of whose works are just around the corner from Teton Valley in the Whitney Museum—Stanley explored the West in search of subjects for his North American Indian Gallery. 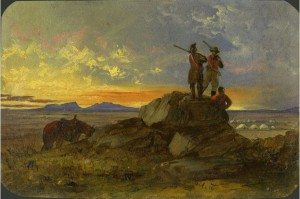 It turns out that the Center’s newly acquired, and heretofore-undiscovered, Teton Valley painting—barely the size of an iPad—is most likely a preliminary study for Stanley’s larger painting, Scouts along the Teton River, now at the Gilcrease Museum in Tulsa, Oklahoma. Oddly, the scene is reversed in the sketch, and the figures are less identifiable than in the finished work. As a result, researchers surmise that Stanley may have planned to have the smaller version engraved.

Stanley had an ambitious exhibition program of his Indian Gallery. In addition, he acquired enviable exposure through illustrations used in vital government reports on western exploration—a broad platform for expression afforded few other artists of his day. So, how can it be that the life and work of this major figure in nineteenth-century American art has remained largely unexplored?

The irreparable loss of most of his works.

On September 1, 1854, Stanley’s Western Wilds, a highly praised exhibition of a 42-scene moving panorama, opened in Washington, DC, and soon after, Baltimore, New York, and London. The panorama later vanished, though, and historians have been unable to locate it. 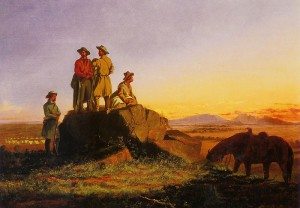 Tragically, on January 24, 1865, fire consumed more than 200 of Stanley’s paintings, maps, and other works then housed at the Smithsonian Institution. Later that year, a fire at Barnum’s American Museum in New York City destroyed the greater part of his original western collection. All told, these losses caused the eclipse of Stanley’s reputation for some time in American art history.

Indeed, the Center’s Teton Valley painting—christened “a little gem” by Whitney Museum staff—has already reintroduced Stanley to countless visitors. There is more to come, however, as the Center opens Painted Journeys: The Art of John Mix Stanley. Launching June 6, 2015, the exhibition gathers some 60 works by Stanley—including this, one of the Center’s latest treasures, Untitled Teton Valley Scene.

Since 1917, the award-winning Buffalo Bill Center of the West has devoted itself to sharing the story of the authentic American West. The Center is an affiliate of the Smithsonian Institution. For additional information, visit centerofthewest.org or the Center’s Facebook page.