Avian Ambassadors and the Vet

If you are a pet owner, there’s a very high probability you’ve taken your pet to the doctor at least once. Most cities and counties require rabies vaccines for dogs […]

Birds and the Law

A question we are commonly asked is, “Can I have that feather?” when one of our birds drops a gorgeous feather in front of guests. The answer to this question […]

What a Difference a Year Makes

About this time last year, we began construction on an exhibit for a bald eagle. At that time, we had no idea what eagle would live in that exhibit (the […]

As I sit down to write this blog post, it’s warmed up to a balmy -2 degrees. Winter has fully set in in Wyoming and many of our visitors, fans, […]

If you have been to the Center of the West either of the last two summers, you have probably seen our Superheroes of Nature show. During the thirty minute program, we […] 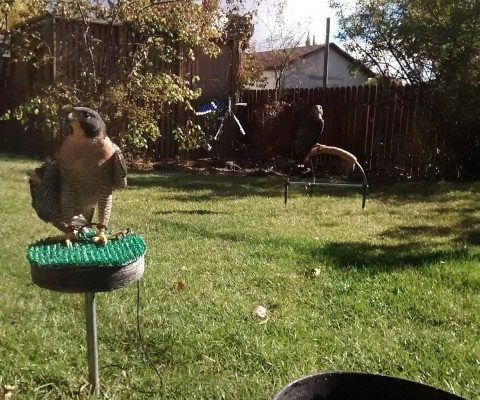 [VirtualGallery id=”Snowy Range Academy” slides=”4″ title=”0″]At the Draper Museum Raptor Experience, we do A LOT of educational programs. In 2015 alone, we presented 551 programs!! The majority of our presentations […]